IO Earth are honoured to announce that Ed Mann is a guest performer on the upcoming IO Earth ‘New World’ album!
Ed Mann was the percussionist in Frank Zappa’s band for many years and is widely regarded as one of the greatest percussionists in the world. He appeared on albums like “Joe’s Garage”, “Zappa In New York”, “Zappa & The London Symphony Orchestra”, “Sheik Yerbouti” and many more. We can’t wait for you all to hear what he has done for us…
“Thanks Ed!” 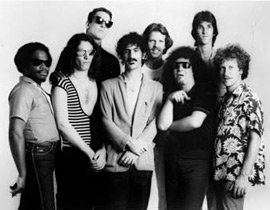